In “Becoming free, becoming Ladino,” Catherine Komisaruk argues that the Guatemalan Black slavery crumbled before the 1824 dramatic emancipation. Though she acknowledged the arguments of other historians pointing to external causes (from the Haitian Revolution to the emancipation of the Spanish-American colonies), she relies more on internal and gradual developments to explain slavery’s demise.

“By the late eighteenth century slavery in Guatemala was increasingly unsustainable. Slaves were availing themselves of legal institutions and social structures to unravel their enslavement, and as the numbers of people of African descent are in free society, so too did the possibilities of slave liberation. Kingship and social networks, as well as passing unstopped into free society, continued as primary mechanisms of emancipation, while the state and reigning social ideologies persisted in legitimizing manumissions… The emancipation law of 1824 essentially ratified a long-term social transformation that was already almost complete.”

This was not a small achievement. Guatemalan Blacks, free and enslaved, neutralized the racial barriers that sustained the institution. And as the free community increased, the pulled away from slavery amplified too, forcing the Guatemalan society to disallow even the very racial terms that had categorized them into “fit” for slavery. They ceased to be Black, African, or Mulatta.

“The records show slippage among racial and ethnic categories… The colonial nomenclature of ethnic and racial labels, which had recognized African ancestry in terms such as negra/o, mulata/o, and occasional Guinea, was ushered out of official use at the time of independence.”

The result, however, was the loss of the Guatemalan African cultural heritage, and the creation of a new cast: ladino, a hispanicized person of color. The term makes a clear distinction between acculturated and assimilated people, moving willingly under the umbrella of a malleable Hispanic culture, and those who stood at the opposite social spectrum, like Indians invested in preserving their indigenous way of life. Though color continued to open and close doors (e.g., Blacks could become ladinos, but could not “evolve” into Whites), culture took up significantly more weight. Yet, this way out of slavery required shedding off conspicuous African forms of identities.

“The enslavement of people of African heritage in Guatemala ended because of a specific kind of social mestizaje: slaves had used physical mobility, access to wages and credit, and the judicial system to mix into free Hispanic society. On the one hand, the ongoing emancipation of slaves contributed to the growing numbers of blacks and mulattos in the free population. On the other hand, this crossing over into free Hispanic society helped occlude consciousness in the nineteenth century of African heritage in Guatemala. Former slaves were absorbed into a free populace whose members increasingly viewed their ethnically mixed society not as Africanized, but Hispanicized, or ladino, a term that came to be defined as Paul Lokken shows, in contrast to the non-Hispanic cultures of the region’s Indians.”

(2013) Labor and Love in Guatemala: The Eve of Independence  (book)

(2008) Something Other than Autobiography: Collaborative Life-Narratives in the Americas—An Introduction (article) 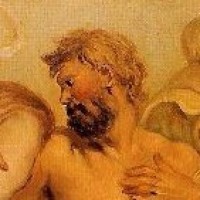 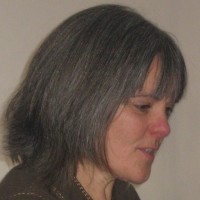 An Exploration of Adventist History and Culture

this is... The Neighborhood

the Story within the Story

The World of Jacques Roumain

4 out of 5 dentists recommend this WordPress.com site

Info about me and my books

This WordPress.com site is the bee's knees